If you love taking pictures on your phone or looking at pictures on Instagram and you want to learn how to take  your photography to the next level here is a great spot to start.  I have put together www.Photographytips.net a easy comprehensive guide to start your digital photography journey. In this post we will cover a little bit of everything: portrait photography, landscape photography, product photography, architectural photography, buying your first camera, DSLR, mirrorless camera, shutter speed, aperture & ISO. This photography tips post is a quick overview on everything photography.

Just like anything else photography takes time to learn and master but can be very rewarding. This photography tips post is for the beginning photographer at the very beginning of his or her photography Journey.

Look at Other Photographers Work

Buying or picking your first camera can be intimidating but it doesn’t need to be. I am constantly asked by friends, family and coworkers about camera advice and what their next camera should be. I start almost every answer by asking them what is their photography goal or needs. For example if you were an on-the-go mom or dad and wanted a small compact camera to toss in the diaper bag I would encourage a mirrorless camera.  If you were to say to take pictures of your daughter on the soccer field I would encourage a DSLR ( digital single-lens reflex) with a good zoom lens.

I know I am probably oversimplifying again but there are three different types of cameras in today’s market. There is DSLR (digital single-lens reflex), mirrorless camera &  cell phone cameras.

DSLR or digital single-lens reflex is a modern take past 35mm film cameras. Instead of film there now is a digital sensor but the other principles are the same to where there are interchangeable lenses that attach to your camera body and a mirror to reflect the photographic image up to your eye. Instead of taking your old 35mm rolls of film to the lab for development you now can transfer your pictures into your computer for viewing, sharing or post production

A mirrorless camera it’s almost the same as a DSLR,  because a mirrorless camera has interchangeable lenses just like a dlsr,  however it doesn’t rely on optical mirrors to show the photographic image to your eye but rather a digital display. Mirrorless cameras are usually smaller & quieter than a DLSR  is there is no moving mirror in the camera body.

As funny as a cell phone camera sounds it’s the most popular camera category sold today.  there are more pictures taken today on an iPhone than any other camera manufacturer.  Phone cameras are becoming more and more advanced as it’s often a major talking point for today’s phone. Cell phone photography is expanding everyday as you can now buy lens attachments for your phone built to help you  and your mobile photography.  Picking a cell phone based on its camera is a great start but I encourage every photographer at any skill level to download a better photographer camera app that allows manual controls

I realize this makes me sound old but today everything is easier and more automatic however with photography automatic settings and controls are not always the best. Automatic camera settings are just that…. automatic which is not necessarily the correct settings you need to capture the photo you’re envisioning or the story you’re trying to tell. There are several different automatic camera modes which are amazing and every mode has its place, time and purpose but the quicker you learn how to control your camera settings manually the better your photography experience will be. If you want to be a professional photographer or want to just improve your family pictures learning how to manually operate your camera is a big step. Think about it this way how many times have you taken a picture on your phone and your subject was way too dark… if you knew how to manually control your camera you’d be able to change the needed photographic settings to better capture your subject in that environment. Photography exposure is built on 3 different legs: you have shutter, aperture & ISO.  The great thing about photography is there is no wrong answer and you use these three photographic element: shutter,  aperture & ISO to find your perfect picture.

Shutter speed is the speed your camera takes its picture. Shutter speed is measured in seconds or most often fractions of a second.  1 second, 1/5th, 1/25th, 1/250th, 1/500th 1/1000th etc….  Again there are no rules in photography but typically you would use a faster shutter speed when photographing faster objects.  For example if you were to take a picture of a car driving down the road and if you were to take that picture at one 1/1000th of a second the car would appear still.

While if you took a picture of the same car at 1 second it would be blurry because the car moved in that second. The faster the shutter the smaller amount of time the camera will capture light. If you were taking pictures on a beach on a bright sunny day most likely you would have a faster shutter speed since it’s so bright.  while on the other side of the example if you were to take a picture in the middle of the night you might have the shutter open for several seconds since there is so little ambient light available.

One of the confusing things about aperture in photography is the f-stop numbers.  When your lenses aperture  is wide open (allowing the most amount of light in) your f-stop or aperture would be f/1.4,  and in this example the aperture with the smallest opening would be f/32 . Aperture or f stops, just like shutter speed are standard numbers but not every lens has the same aperture range, So when you’re shopping for a lens it’s important to know it’s  aperture maximum and minimum.

With photography your lens aperture can open and close allowing more or less light to reach the sensor. For example if you were taking pictures in a dark room you would probably open your aperture to shoot wide open allowing the most amount of light to reach your sensor  in the smallest amount of time.

Aperture not only changes the amount of light reaching your digital sensor It also changes the amount of things in focus in your picture. We talk about this more in our aperture posts, But aperture not only affects your camera’s exposure it also affects the amount of subjects in your picture to be in or out of focus.  So if you were to take a picture of A flower at f/2  and you were to focus on the pedals you will see the pedals are in Focus but everything in the background would be blurry.  If you were to take a picture at f/22 And focus on the flower petals  you will notice not only the flower will be in focus but all the trees and grass behind it.  Aperture not only changes your camera’s exposure but It also will change the look and feel to your photograph. If you find a pitcher to be a little confusing don’t worry this truly is one of the hardest elements in building your exposure.

ISO in photography stands for the International Standards Organization and it is basically a scale for measuring  photographic film sensitivity to light. ISO can also be referred to as ASA Which stands for American Standard Association. ISO and ASA  accomplish the same goals but ASA is not really used anymore as most film are labeled and measured by ISO. When digital cameras came onto the scene and film was no longer used digital cameras adopted ISO. Now ISO changes the sensitivity to the cameras digital sensor,  So with that said what is ISO and how do we use it.  A typical ISO range is about 100 – 3200 but Modern digital cameras can go as low as 50 or as high as 204,000. The lower the ISO the less sensitive to light your film or digital sensor will be,  so if you were to take pictures in a bright environment you might choose a low ISO like 200 and if you were in a dark Church taking pictures you might have an ISO of 3200.  A camera is ISO range is different from camera to camera.  A cameras sensitivity to light is usually a major factor in contributing to camera costs,  so for example If you bought a cheap camera it would take amazing pictures on a bright sunny day but really struggle in a dark room or in the evening.  While if you buy a higher end camera with a high ISO range you can capture pictures in a dark room with minimal effort, or a tripod.

Taking a picture is really only half of the process, Because it used to be after you took a picture you would have to develop the film and make prints.   with digital photography it’s great we have immediate gratification and we can see a picture instantly,  however taking a picture is still only half the process.   once you have a collection of digital images you will need to import them to your computer, make any needed edits and finally organize your pictures. There are several great photography post production software available that could accommodate all of your post production needs.  there are programs like Photoshop,  Lightroom & Aperture to name a few.  post production and editing is entire topic on itself which we will cover more on post production and editing photography tips.

When I was learning photography everything was shot on film and I had an instructor once tell me to shoot a roll of film every single day and back then I always had 24 exposure rolls of film. I say to new beginning photographers to shoot 24 pictures a day while they’re learning.  don’t take 24 pictures on Auto or any other program mode these 24 pictures should be fully manual.  The purpose of this exercise is to practice the relationship between shutter speed, aperture, and ISO.  Try taking a picture of the same subject multiple times but with different ISO, shutter speed, or aperture settings so you can see how shutter and aperture change the look of your photograph. Learning how to be a photographer with a digital camera is so much easier than film as you can see results instantly versus having to develop your film which has a whole new set of skills. 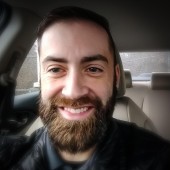 Has spent the last 15 Years as a professional photographer in the Seattle area specializing in wedding photography & videography. Kyle is the founder of PhotographyTips.net which helps all photographers of all different skill levels.